Zoom Appoints Bill McDermott to Board of Directors

, (GLOBE NEWSWIRE) -- (NASDAQ: ZM) announced that it has appointed as an independent director on Zoom’s Board of Directors effective . McDermott will replace , an early investor in Zoom who is stepping down from the Zoom Board following more than eight years of service.

is one of the most highly accomplished leaders in the technology industry. He currently serves as president, chief executive officer and director of market leading SaaS company ServiceNow. Over the course of his distinguished career, he has served as CEO of SAP and board of director roles for major global brands including, and Fisker, Inc.

“Zoom is a widely recognized, highly admired brand with incredible growth opportunities ahead,” said McDermott. “I am thrilled to partner with , an inspiring founder with a bold vision to improve people’s lives on the Zoom platform. I am also excited to be joining the Board at this milestone moment for video, voice, chat and content sharing. I believe this company has tremendous potential to drive expansion of the Zoom platform.”

“On behalf of Zoom’s Board of Directors, I am thrilled to welcome Bill to Zoom,” said Zoom Founder and CEO . “Bill is one of the most respected and admired leaders in the tech industry. His operational expertise and experience driving growth at scale will be invaluable as we strive to propel Zoom forward to support future generations of customers and partners. We look forward to Bill’s perspectives and contributions.”

Yuan continued, “I also want to thank Bart for his many years of dedication to Zoom, believing in and championing the company from our very early days, and the valuable contributions he provided in helping Zoom become the company it is today. We wish him well in his future endeavors.”

About Zoom
Zoom is for you. Zoom is a space where you can connect to others, share ideas, make plans, and build toward a future limited only by your imagination. Our frictionless communications platform is the only one that started with video as its foundation, and we have set the standard for innovation ever since. That is why we are an intuitive, scalable, and secure choice for individuals, small businesses, and large enterprises alike. Founded in 2011, (NASDAQ: ZM) and headquartered in . Visit zoom.com and follow @zoom. 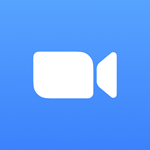